ntel CEO, Hon. Babatunde Omotoba was presented with the ALTON RECOGNITION AWARD at the 25th year anniversary celebration of the Association of Licensed Telecommunication Organization of Nigeria (ALTON).

The event took place at the Shell Hall, MUSON centre Onikan Lagos, where His Excellency Governor Nasiru El-Rufai (The Executive Governor of Kaduna State) was the special guest of honor.

To commensurate its 20 years Anniversary, ALTON  moved to celebrate the achievements and milestones recorded in Nigeria telecom industry so far.

Rolling out the achievements at the ceremony in Lagos, the Chairman of ALTON, Engr. Gbenga Adebayo noted that 20 years after the liberalization of the telecom sector in Nigeria, the section has attracted over $68 billion Foreign Direct Investment and contributed over N15 trillion to Nigeria economy.

“After 20 years, Nigeria boasts of over N15trn contribution to its economy, over 123mn internet subscriptions across various technology platforms (e.g. VoIP, GSM & Fixed Wired), sector contribution to GDP at 11.4 percent and over USD68bn Foreign Direct Investment. This is worth celebrating,” he said.

ntel CEO Hon. Babatunde Omotoba with the Award from ALTON

Industry leaders, founding leaders, stakeholders and other industry supporters have been recognised and given awards by the Association of Licenced Telecommunication Companies of Nigeria (ALTON) for the support they have given it to play its developmental role in the industry in the 20 years of its existence.

In Lagos, South-West Nigeria, ALTON, an assiociation of telecommunications companies in Nigeria invited the stakeholders and leaders in the industry to mark its 20 years of existence as industry pressure group starting with a press conference to highlight latest trend and development challenges in the industry.

In his opening address while welcoming his guest to the evening event, the Chairman of ALTON, Engr. Gbenga Adebayo revealed that ALTON was set up to find solutions to their common problems and promote the interests as well as goals of the Association.

According to him, ALTON founding fathers, some of who are still alive, constituted the association to address the peculiar early challenges faced by Private Telecom Operators (PTO) as they were called at the time, some of these were issues of signaling protocol issues, inter-connectivity, billing issues, multiple regulation and taxation issues of right of way and protection of the overall interest of private investors in the sector.


Adebayo disclosed that ALTON since inception continues to play a key role in market development of the telecommunications industry in Nigeria.

He noted that ALTON has made critical intervention on behalf of members on several issues such as challenges of multiple taxation, multiple regulations, rates and tariff determination, market competition, unfavorable government policies stressing that its championing of Telecommunications as Critical National Infrastructure has been of immense benefit to the Nigerian telecommunications industry at large.

His Excellency, Governor Nasiru El-Rufai of Kaduna State receiving his award from Rear Admiral Alison Madueke (rtd) who was the chairman of the occasion.

Cross Section of participants at the cutting of cake. 4th from left is Adejumoke Ajala (Head Corporate Affairs) ntel.


He said that ALTON held the 20th anniversary award to pay tribute to its founding fathers and those who have supported it over the years including the media.

Chairman of the occasion, Rear Admiral Alison Madueke (rtd) acknowledged that ALTON has indeed lived to its responsibility in championing the course of the industry to the benefit of Nigerians.

In a documentary, ALTON highlighted the developmental role that it has played in bringing the telecoms industry in Nigeria to what it is today and then later gave award to those who have had impact on the industry.

Former President Olusegun Obasanjo got the telecoms legend award for providing the much needed regulatory and policy environment for the development of the telecoms sector while Dr. Mike Adenuga founder of Globacom got the telecoms indigenous investors award for being the major investor in the first most successful GSM company and the owner of the second National carrier and the first network to introduce per second billing. 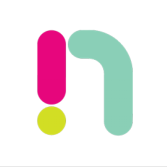